This Afternoon
Sunny, with a high near 39. Northwest wind 6 to 11 mph becoming light.
Tonight
Increasing clouds, with a low around 26. Calm wind.
Sunday
Cloudy through mid morning, then gradual clearing, with a high near 45. Calm wind becoming south around 6 mph in the morning.
Weather forecast provided by weather.gov.
Sign In LinkSearch

Your session will expire in 0 minutes.

Marissa Village Board Sworn In 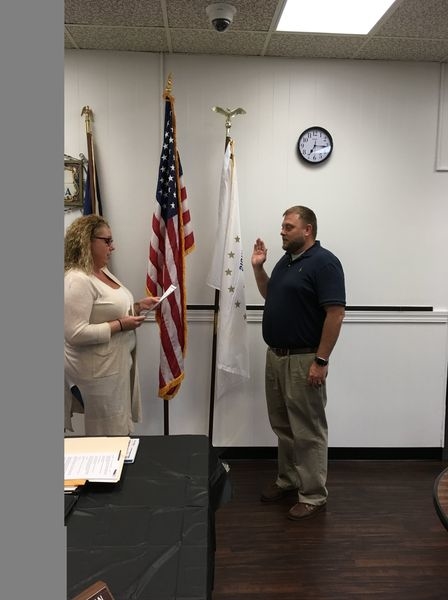 Mayor Chad Easton being sworn in

A big thank you to Adam King for his service and dedication to the community not only as a Trustee, but also as the E.S.D.A Coordinator. Adam was appointed by the board to fill a remaining term and didn’t seek a subsequent term.